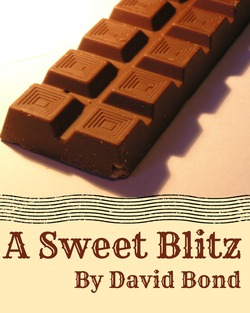 ‘A Sweet Blitz’ is a wartime fable based on a true story, featuring a young girl living in the city who learns a valuable lesson against the backdrop of The Blitz. The short but sweet story begins as Sarah’s mother offers her some sound advice: ‘never accept gifts when you do somebody a favour’. The young girl pays little attention. The following day she is sent on an errand by her mother, with orders to return as quickly as possible. On her way, Sarah is accosted by an elderly neighbour who also asks the young girl for a favour, offering a gift in return. Sarah agrees with no hesitation, and she is subsequently offered a bar of chocolate in gratitude. Sarah, ignoring her mother’s warnings, accepts the gift, which is followed by immediate regret. She is plagued by paranoia, for fear of her mother discovering the hidden bounty, and she frequently succumbs to visions of her mother’s punishment. Reaching a point where she is unable to handle the guilt, shame, or stress any longer, Sarah resolves to acquire the forbidden chocolate and surrender to it, but is appalled by what she finds. . . 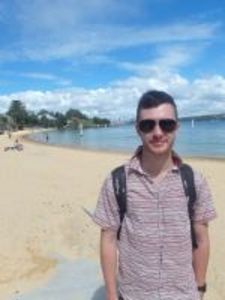 Born in Stretford, Manchester, I am currently travelling around Australia doing odd jobs in return for accommodation, and I recently started writing short stories as a means of self-expression. Writing something that really resonates with people is the dream. It would also be nice if writing could support me financially, but that's a long way off yet! My first published story here on Scribl is 'Life and Death on the Tracks', a dark little tale that won second prize with the Darker Times fiction competition. There are plenty more stories in the pipeline, including 'The Sim Diary', which won an honorary mention in the Five Stop Story fiction competition. Thanks for reading! P.S. Check out my Smashwords page at 'http://www.smashwords.com/profile/view/dbond34'