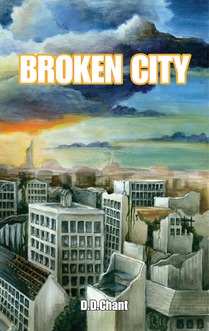 Deeta Richards has never seen the outside world. Before she was born a banking crisis brought civilization to an end and now no one leaves the safety of the compounds unless they need to, but Deeta still dreams of seeing more than the building she was born in. Tom is in the guard, this group are the only people that the tribal elders allow to leave the compound and Tom knows only too well that Deeta could never survive the harshness that exists outside. Then tragedy strikes and Deeta and her sister Jan find themselves captured by a hostile tribe. Why does Tom know so much about these people? And why do they know so much about him? As this mystery draws to a climax, they discover that their friend Tom is not quite what he seems... 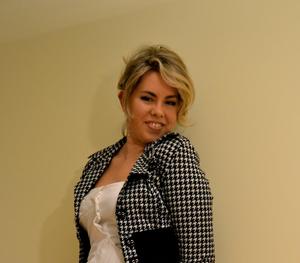 Hi everyone! My name is Dee Dee, I’m twenty six and I live in a beautiful part of Devon, England, with my family. I have a younger sister, Amy who is a brilliant guitar player, some chickens, duck, geese, pheasants, dogs, a cat (that adopted us when we moved in!!!) and some Koi. Broken City is actually my second novel. My first, as my Aunt so delicately put it, was crazy but in my defence I was only sixteen at the time. On the plus side I learnt a lot (or so I hope) and two years later ‘Broken City’ was finished. Due to the support I have received from everyone I have just released the next book in the Broken City series! I have two other series available: The Lady Quill Chronicles: ‘The Promise’, is set in Saxon England and tells the story of five foster brothers whose lives are changed by a single battle. The second book in the series is set for release July 2014. The Chronicles of Discord: 'Fracture' is set in the distant future and is also the start of a series. I really hope you enjoy reading my books as much as I enjoy writing them. I love reading and have a kindle: I read almost anything with adventure and romance in it! I also like to cook and wear impractical high heels!!! And as you might have noticed I have a horrible addiction to exclamation marks!!!