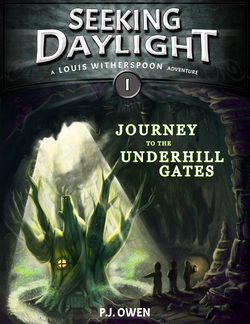 Louis Witherspoon has little idea just how important he is.

After all, at Hinsdale Academy he is known by his classmates as little more than the scrawny kid who was only accepted to the prestigious school because he is the grandson of the janitor…that is, if he’s noticed at all.

But everything changes when Louis’ grandfather suddenly disappears, and he is left with a mysterious map that once belonged to a father Louis has never known. Along with his only two friends, Owen and Sophie, Louis is thrust into another world that he might have found right under his nose, if he had known where to look for it.

It is a story of friendship, hardship and of fantastic adventure. But most of all, it’s the story of three very different classmates who rise to meet the awesome challenges that life has thrown in their way…together.

What readers are saying about "Seeking Daylight":

“The type of story that will have you believing a portal to another realm might be buried in your basement.” – Stephen P.

Whether you are a first time fantasy reader, or have grown up with the genre, there’s sure to be something for you to love about P.J. Owen’s episodic fantasy series, Seeking Daylight. 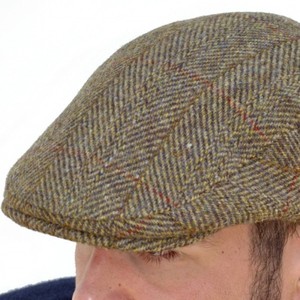 P.J. Owen grew up among the tree-lined streets of upstate New York's wine country. He split his childhood between schoolwork, exploring outdoors, reading the books of authors like Tolkien and Salinger, playing games like The Legend of Zelda, and devouring movies like The Goonies, Star Wars, and Indiana Jones. As a teen he took to writing, short stories mostly, and song lyrics to perform with his largely unknown band. Later on, at the urging of his parents, P.J. studied business, and still operates two companies of his own. At the ripe old age of thirty-five Owen made a decision to return to writing, and sat down to pen the story he had been playing in his mind all those years before, the stories that would eventually become the serialized middle-grade fantasy series, Seeking Daylight. Owen continues to live in upstate New York, with his wife on their small horse farm, soaking in todays books, movies, and pop-culture. He can still be found exploring the outdoors and thinking up stories, if only for himself.