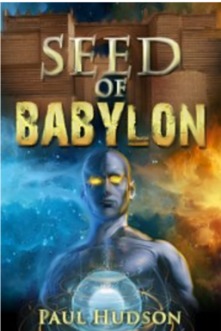 Rex hit the red button, "Oh crap, I wish this insane world would wake up". The news always made Rex a little on edge as He knew that a simple remedy would solve all the world problems, but it all seemed so impossible.

Rex was a dreamer, and seriously believed in higher intelligences and other worlds that have idyllic societies and well, to put it simply, had attained peaceful co-existence planets in total harmony; though Earth seemed to be getting further away from His dream of becoming one of them.

Yes them….. Rex was convinced that they watch us and would love to have us as a part of their endless planetary communities! “BUT” - there always seems to be a ‘but’ thinks Rex, still being an idealist and a dreamer to boot, he saw the good that man was capable of. I'm not talking goody-two-shoes kind of good, No, just the simple love and respect that a fellow mortal can have for a person who was a bit down on his luck. We see it more rarely these days, and sometimes it even hits the news - as it can be a ‘light’ in a darkened world, when there is too much bad news.

Still, Rex would talk to these fellow ‘alien’ sympathizers. "Hey watchers, what would you all say to a little fun here on this dreary day". The winter was setting in and Rex knew all too well how his neighbour would turn up the volume to his ‘noise-maker’ just to block out the thoughts of another winter of limited heating in his not-so-new building complex. "Hey watchers, what do you say to a little stirring of the pot" winked Rex, as he peered into a rain swept window. Little did he know but his ten thousandth attempt to arouse the brother ‘‘alien’s’ was about to pay off, a council was held just before he asked for the umpteenth time to give him teleport power, a council to bring Earth to its final days before they would invade, pods from many distant galaxies, had gathered at a golden planet, just two hundred light-years from our blue world.

Yes living ships, before the first billionth year of intelligent life, machines were obsolete and biological machines were vastly better, they were so brilliantly developed that a super biological body was now the main vehicle for carrying the anti-matter counter part of a being that was safely locked away in the next dimension to possess.

Beings like gods, assembled to discuss the fate of Earth, and how it could be saved from total inhalation or cleansed, as they put it; Uar came up with a simple solution – Rex! Yes Rex. Let’s use that insignificant mortal and see what can be saved from that doomed planet Uar the King suggested. 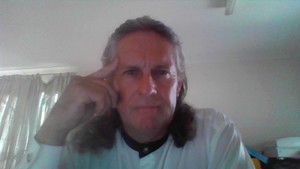 I live on a hobby farm with my hobby sheep and hobby lifestyle...I Love riding my cruiser.. till death do we part... and I love Yeshua.. I live for my art book and web page.... zflash7.com .... That's all. I hate ignorance and evil... yea.. REMEMBER.. "anything is possible"