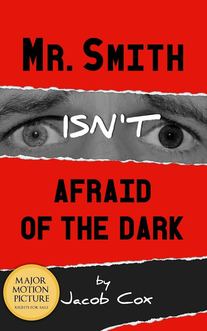 No one ever suspects the quiet ones…

Billy Smith is just an ordinary guy. He has a house, a car, a job, and even an ex-wife. He’s the neighbor you would invite to a barbecue; the boss you would share a few drinks with after work.

Too bad he’s a vampire.

Until this week, Billy thought he had things under wraps, but events quickly spiral out of his control when too many people learn his secret.

Now Billy must face the ghosts of his past while battling the megalomaniacs of his present, all while asking himself the most important question of all:

IS MR. SMITH AFRAID OF THE DARK? 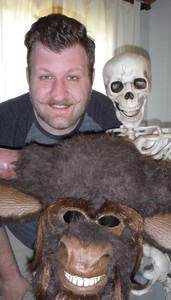 Jacob Cox is an author, cosplay enthusiast, amateur robot builder and mad scientist, crafter, and and stay at home dad. He enjoys spending time with his wife, Anna, and their young son, Thomas. -What are your favorite genres to read?- "I really enjoy reading science fiction, fantasy, and thrillers. Thrillers have such engaging plots, while science fiction and fantasy have always provided a little bit of wish fulfillment fantasies for me. Even in my thirties, there's something appealing about the idea of being able to harness magical powers!" -What's your favorite book?- "Oh jeez, I have to pick one? I guess I'd have to say 'The Hitchhiker's Guide to the Galaxy' by Douglas Adams. The way he mixed off-beat humor with a story filled with believable characters has been a huge influence on how I write!" -What advice would you give authors who are just starting out?- "That I'm not qualified to give them advice! On a serious note, I'd tell them to just write. It doesn't matter how bad it is at first. You'll start finding your voice as an author, and as you grow more comfortable with writing you'll see your work improve."