The Enoch Plague (The Enoch Saga #2) 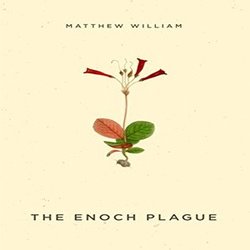 A plague has wiped out more than 99% of earth's population. Less than 200,000 humans survive. Among them, only eighteen-year-old Kizzy Cartwright is capable of having children. But becoming a mother is not in her plans. When a violent mutation strikes the male population, the fate of the human race falls on Kizzy's shoulders. Rebooting UNCLE, an artificial intelligence hidden in the depths of a corporate facility, becomes the only hope for saving her and mankind's future.

Matthew William grew up in the woods of Pennsylvania reading the works of Philip K. Dick, Aurthur C. Clarke and countless other science fiction writers with abbreviations for middle names. Currently he keeps himself busy with podcasting, expanding his fiction library and spending time with his mischievous wife and lovely kittens. He always enjoys connecting with other fans of good storytelling.