The Hippies Who Meant It

A novel about Americans and Canadians who went back to the land in the sixties. 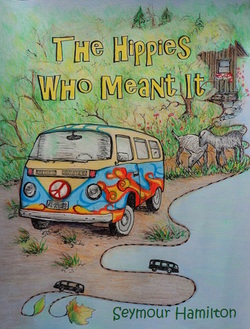 In the mid 60s, Joe from the Bronx and Beth the orphan escape New York City for Canada, hoping to leave their past lives — and American politics —behind them. At a peace march on their way north, their fortunes intertwine with the fate of Dick, a Royal Military College Officer Cadet.

Armed with naïveté, optimism and a little weed, the three homestead on Nova Scotia’s North Mountain. Unlike many of the fair-weather hippies of summer, they make it through the first winter with a little help from their hardier neighbours.

Steve, a man damaged by the Vietnam War, shatters their peaceful existence in one night of rape and violence. When he disappears, the Mountain folk hope that peace will return to their little world. Birth, marriage, death, divorce, and fresh relationships complicate their lives. But even as they gradually resolve the consequences of their own pasts, they become increasingly aware that Steve may return to destroy all they have achieved. 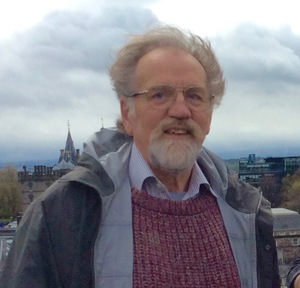 SEYMOUR HAMILTON is the author of The Hippies Who Meant It The Laughing Princess, and The Astreya Trilogy. The Hippies Who Meant It (2015) tells the story of young Americans and Canadians who dropped out of the mainstream, armed themselves with optimism, naiveté and a little weed, and homesteaded in rural Nova Scotia during the 1960s. The Laughing Princess (Acedrex Publishing, 2014), illustrated by Shirley MacKenzie, is a collection of 12 interrelated fairy stories about dragons, involving magic, poetry and pirates. Inspired by a voyage by traditional schooner to the south coast of Newfoundland, The Astreya Trilogy (Cortero Press, 2011) chronicles the adventures of Astreya, a young man searching for his identity and his father’s mysterious past. The trilogy is an adventure and love story. The three books are: The Voyage South, The Men of the Sea and The Wanderer’s Curse. Hamilton holds a PhD in English and has taught at Canadian universities including Acadia, Simon Fraser, and the Universities of Calgary and Ottawa. He has worked as a writer, editor and communications officer for the public and private sectors. He lives with his wife Katherine in Chelsea, Quebec. Visit www.seymourhamilton.com