Between Truth and Eternity 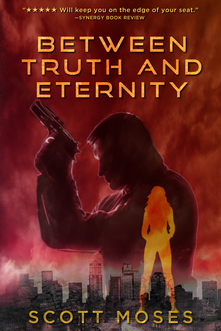 Joshua Boehm is an intergalactic spy, loner, womanizer, and a recovering addict. He loves his job, but he also wants something more; the truth and a normal life.

Successfully completing his latest mission, Joshua is informed of The Teapar Coalition, a sinister political organization planning to take over the Galactic empire by pillaging planets of their natural resources, replacing organic food with GMO’s, and the demoralization of the Galactic Senate.

After a discussion with the leaders of The Progressive Alliance, a group determined to stop The Coalition at all costs, Joshua is undecided about whom he can trust. Meeting the mysterious Myrra Nirvan, first in a dream, and then in person, Joshua comes to understand that she is the key to defeating the enemy.

They become lovers and join forces in an effort to defeat the Coalition. Fighting against enemy after enemy, it quickly becomes the most demanding mission of Joshua’s career. With help from a trinity of spirit guides from Myrra’s home planet, a spiritual transformation, and a quirky team made up of Joshua's and Myrra's friends, Joshua must make the choice of continuing to fight violence with violence, or to adopt a more peaceful approach to the problems of the Galaxy. 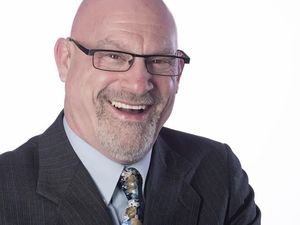