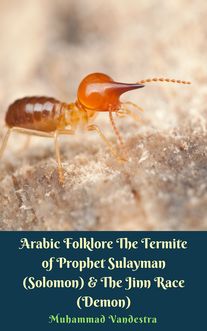 {Then when We decreed death for him [Sulayman (Solomon)], nothing informed them (Jinn) of his death except a termite, which kept (slowly) gnawing away at his stick, so when he fell down, the Jinn saw clearly that if they had known the Ghayb (unseen), they would not have stayed in the humiliating torment.} (Saba': 14)

Let me tell you what happened. While we were just tiny ants that live in our houses, we used to hear many different stories about the relationships between Jinn and people. In spite of our tiny size we realized that these relationships were really a weapon for the Jinn (demon). Allah SWT (God) had subjected the Jinn Race to Sulayman (Solomon) in order to serve him. They (the Jinn) could dive deep into the seas …They could build whatever Sulayman wanted like castles and houses within days …They could pave roads in just hours. This subjection happened only in the time of Prophet Solomon (Sulayman) to go against an old law that had separated the Jinn (demon) from the humans.

This subjection of the Jinn was one of Sulayman's miracles that Allah granted him. And people witnessed many supernatural things that the Jinn could do while human beings could not. Therefore, people's belief in Allah was supposed to increase. Moreover, their realization of Allah's Infinite Power was supposed also to increase. But what happened was that myths and illusions started to spread …People started to believe in the ability of Jinn without attributing the miracle to Allah. Ignorant people went so far as to say that the Jinn race (Demon) know the Ghayb (Unseen). 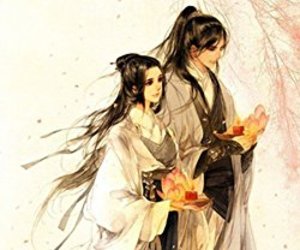 Muhammad Vandestra has been a columnist, artist, health writer, soil scientist, magazine editor, web designer & kendo martial arts instructor. A writer by day and reader by night, he write fiction and non-fiction books for adult and children. He lives in West Jakarta City.