A Peek Into The Art Of Seduction. 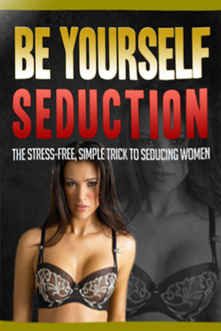 Good Reasons to Try the Speed Seduction Technique. Seduction stands for different things in different cultures and different groups of peoples. While seduction for some people inspires images of love and emotional intimacy, and generates a feeling of excitement, sensuality and sexual desire, most people don't like the idea of "seducing". For many others, the idea of seduction creates a fear of being deceived, victimized and sexually harassed. It usually implies that the seducer is acting out of a motive other than love for the seducee, and that the object of the seduction would not ordinarily have engaged in such behavior. Attempts in the last few decades to make our society more sex-positive have only produced a viciously superficial discourse that has further succeeded in intensifying our fear of the art of seduction as something if allowed to be freely expressed, is hurtful, destructive and damaging to us as individuals and to society as a whole. In our modern society, seduction corresponds with deception, trickery, selfishness, exploitation, pretense and/or a play on words. One is seduced by the promises of a lover, a salesman, a politician, or an artist. Seduction seems clearly designed to trick one into taking nonsense for reality. We see this kind of seduction celebrated as entertainment and advertised as a commodity complete with pornographic images, narrative and symbolism. We see it in the media, movies, music videos, work place, school, and is even taught at metaphysical seminars that it is virtually impossible to escape it in every day everyday life. Many celebrities and stars owe their fame to their mastery of seduction. The truth about the art of seduction is that not many people are born with a natural talent for it. On the other hand, some may be born with a natural potential for it but have never been able to exploit the said potential. Just like other forms of art therefore, seducers need to learn the art of seduction from real masters who know what they're doing. There is no better way then than to look into the annals of history for two of the greatest seducers of all time. Few Art of Seduction are: * Dress Right. * Pay Attention. * Be Thoughtful. * Move Slow. * Be Creative. * Check Your Inhibitions. * Get Techniques That Work You. * Get The Look That Works For You. * Fix Your Speech Deficiency. * Don't Sweat the Small Stuff. and many more... Order NOW! 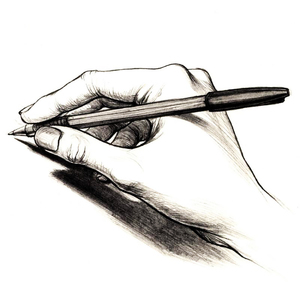 John skill's with IT industry has propelled him into many different online businesses, including book publishing, affiliate marketing, Clickbank Product Launch, niche business sites and SEO work. He helps people to make money working through the internet. John is also a budding author, with self-help being his favored genre. His titles to date include, Affiliate Marketing Blueprint, Facebook Marketing Mastery, YouTube Marketing 101, Clickbank Success Secret, Adsence Cash Cow, Ultimate Passive Income, Email Marketing Secret, CPA Marketing Success Secret, Career in Freelancing, Blogging Success and many more. He plans to follow these with even more titles in the future, to help as many people as he can to find the same success that he has. You can contact John here: johnhawkinsplanet@gmail.com