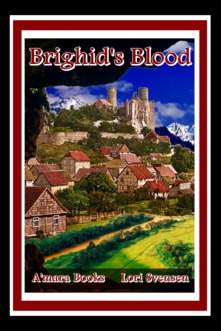 4726 K.V. (approx 1200 Before Terrenden Common Era - B.T.C.E.) In the generations before this story, Velantia saw its youth decimated by a great and terrible war – fought by the gods themselves. Thankfully there were enough survivors to keep things going, but with a smaller gene pool, it was only a matter of time before inbreeding became a serious issue. And with the portals sometimes losing youth to the Other World and less frequently gaining some, the Guardians sometimes have to made difficult decisions.

Yet, the Guardians remain fickle and the rules remain.

The Guardians are not above making decisions for your own best interest – even if you do not understand it at the time. They are, after all… Guardians.

As such, the boundary between worlds is sometimes very thin – sometimes even non-existent. Occasionally, people accidentally find their way across into a world unknown to them. Sometimes, they even manage to return, but sometimes, the lure of the Other World is too much and they choose to remain – or have the choice made for them… 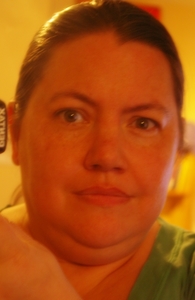 Mother, wife, student-of-the-world. Author, photographer, graphic artist. I've been writing off and on most of my life. The world of Terrenden was created with my children in the early 2000s. It was meant to be able to handle (almost) all the writing I ever want to do - and maybe the writing my children may wish to do to add to our world. I seem to break the rules of writing. I prefer to write in a novella or half-novel length, but they're all related in one way or another - part of the same timeline. I like to imitate real life in many ways. Hence, my storylines can easily get very complex and interrelated. My style is more like that of a TV series, with story-arcs that may or may not get resolved within the course of a book - or series. More like real life, where there are outstanding issues no matter when you are in your life. I include aspects of science fiction, fantasy, action, adventure, but specialize in relationships, especially (but not only) romances. It is my sincere hope that you enjoy the books, even if some of the values presented don't align with yours.