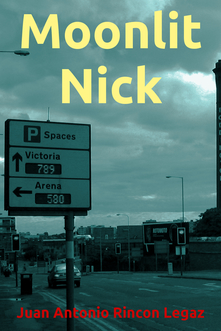 The scene narrated in "Moonlit Nick" takes place in the English city of Manchester when jolly guys Peter and Sally meet a couple of vulgar attackers while walking in the moonlit night and must negotiate an outcome for the situation. It is set during the first stages of an epidemic accidentally propagated around the world and contracted by all the population of the planet which forces strict loyalty among humans, as described in the novel "Pistos-Chromosome's Condition". 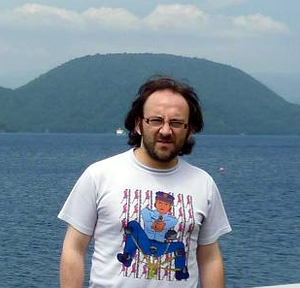 Juan Antonio Rincon Legaz was born in Barcelona in the early seventies of the twentieth century. After being granted a university degree in computer science, he became a professional in the field of programming. And, before stablishing his residence in Andorra, in the year 2007, he spent some meditation time in the cities of Manchester, England, and Osaka, Japan. The philosophy of the man is summarized in his slogan "We could be better! And, if we were worse, we would complain the same way but with a better reason," which reflects his maverick nature.