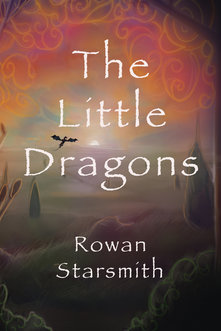 Before the Kings came, the People of the Land had an agreement with the Dragons negotiated by the Dragon Priestesses, who could communicate with those fearsome beasts through their familiars, the Little Dragons. The Kings, however, knew only the way of the sword. In their war against the Dragons, they killed their smaller cousins as well, along with the Priestesses who cared for them. The revenge of the Dragons was disastrous for both peoples, forcing everyone to live their lives at night, when the Dragons sleep in their caves in the mountains.

Mother Peg, a Senior Healer of the Earth People, is determined to track down the persistent rumours that some of the doomed Dragon Priestesses shared their knowledge with Healers who sheltered them. On the other side of the Realm, powerful King Anglewart of the Westlands, as determined as Mother Peg to find the Little Dragons, sends a search expedition to the mountains.

Others become caught up in the quest: King Anglewart's spirited wife, Queen Melisande, and their daughter, Liandra, apparently pregnant, although she denies ever lying with a man; Mother Peg's servant, Maida, who dreams of becoming a Healer despite her origins as the daughter of a cheesemaker; Gleve, a newly confirmed Healer worried about what will happen to his beloved elderly teacher, Father Mallory, when he leaves; Keiran of Hanford, who survives the dangers of the King's expedition to the Dragon caves, only to be beaten and left for dead by his own companions; Jessa and Ev, two lowly servants in the Women's Retreat House, where young noble women commit themselves to craft and prayer, and widows retire to live out their days.

Danger surrounds each of these people, from not only the Dragons, but one another. They cannot know that each bears a unique clue to the secret knowledge of the Dragon Priestesses.

Please login or signup to listen to the sample. 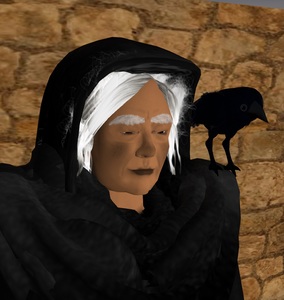 My "real life" name is Anne Bishop. As Anne, I am the author of one literary novel and seven non-fiction books, including one that has sold more than 30,000 copies in five countries. The fact that I share my name with at least three other published authors gives rise to occasional questions, but has not been a problem. When I decided to experiment with writing fantasy fiction, however, my name became an issue. As many readers of fantasy will know, Anne Bishop is a well known American fantasy writer with thirteen novels to her credit, including the well-known Black Jewels Trilogy. She has also copyrighted her/our name. I sometimes attend readings and take part in discussion about fiction writing in Second Life, a user-created virtual world where my name is Rowan Starsmith. So, when I decided to publish my experimental fantasy novel, I took Rowan Starsmith as my nom-de-plume. As Anne, I live in rural Nova Scotia, Canada. In summer, my partner and I garden and raise chickens. In winter, I write and edit. All year I spin and knit yarn.