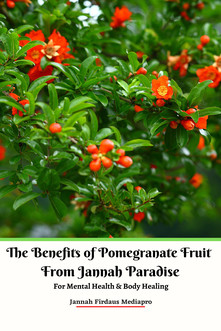 The pomegranate is a fruit-bearing deciduous shrub in the family Lythraceae, subfamily Punicoideae that grows between 5 and 10 m tall. The pomegranate was originally described throughout the Mediterranean region.

Pomegranates are widely cultivated throughout the Middle East and Caucasus region, north and tropical Africa, the Indian subcontinent, Central Asia, the drier parts of Southeast Asia, and the Mediterranean Basin.

Fresh juice doesn’t have to be green or full of spinach to be healthy. Pomegranate juice contains more than 100 phytochemicals. The pomegranate fruit has been used for thousands of years as medicine. Today, pomegranate juice is being studied for its many health benefits. It may help with cancer prevention, immune support, energy boost, antivirus and fertility.

Pomegranates are one of the paradise fruits mentioned in The Holy Quran. Quranic medicine scholars believe that pomegranate as a fruit of paradise comes in autumn because the autumn season is the fall season of trees and clogs of the sky and is very useful in preventing depression and worry.