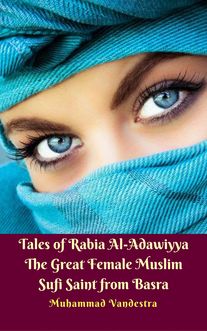 Running with fire in one hand and water in the other, Rabia explained, “I am going to burn paradise and douse hellfire so that both veils may be lifted from those on the quest, and they will become sincere of purpose. God’s servants will learn to see Him without hope for reward or fear of punishment. As it is now, if you took away hope for reward or fear of punishment, no one would obey.”

This was the mentality of the most famous female Sufi saint, Rabia al-Adawiyya, who set forth the doctrine of Divine Love. She maintained praises of God weren’t meant to be merely performed with the tongue, ears, eyes, hands, or feet — but with the wakeful heart.

“O Sons of Adam, from the eye, there is no way-station to the Real. From the tongue, there is no path to Him. Hearing is the highway of complainers. Hand and foot dwell in perplexity. The matter falls to the heart. Strive for a wakeful heart.” (Rabia al-Adawiyya)

Born in year 717 to a poor family in Basra, Rabia al-Adawiyya, was the fourth daughter to her parents. She later became an orphan and was sold into slavery. According to Farid ad-Din Attar, Rabia ran away from her owner and put her face to the ground saying, “All I want is for You to be pleased with me, to know whether You are pleased with me or not.” She heard a reply reassuring her not to be sad and promising her good. Rabia then went back to her owner.

One night, while she prostrated in prayer to God, her owner overheard her and witnessed a chain-less lantern suspended above her head light up the entire room. Upon this sight, the owner freed Rabi’a, and she spent her life in devotion to God.

According to Attar’s “Memorial of the Friends of God,” which holds the most thorough account of Rabia life, Rabia of Basra is considered one of the Sufi masters. Ironically, during her time, people referred to the masters as the “ranks of men.” However, the deep Sufi concept of God’s Unity leaves no room for individuals, gender, or status.

Rabia sincerity and love resulted in her being accredited by the men of her time. She delivered passionate and eye-opening words of wisdom to them regarding God, and they took her teachings to heart.

Salih Murri, God’s mercy upon him, often used to say, “Whoever knocks at a door will have it opened in the end.”

She referred to herself as a “weak woman,” and so others called her this as well. However, her title was contrary to her actions, as she was a strong-willed woman who criticized and helped develop the other Sufi masters of her time.

Rabia lived the life of an ascetic, for her only concern was God. She paved the way for later female saints, and she reached a state which all Sufis strive for through the destruction of her nafs (ego/self). She developed a relationship with God built on love and tawakkul (trust). She didn’t devote herself to Him out of desires for reward or fear of burning; rather, she only wanted to please God and never be cut off. 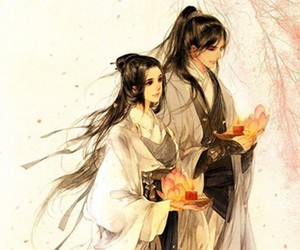