James Locker: The Duality of Fate 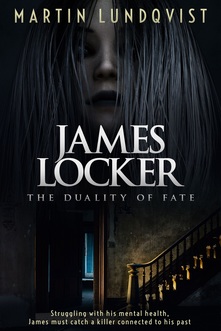 When James Locker's boss the legendary Michael Fuller is forced to resign from the Central Sydney Murder Investigation unit, James' dream to become a crime detective finally comes true. James' dream soon turns into a nightmare however as his mental state is deteriorating and Sydney is plagued by a psychopathic serial killer who seems to have a personal interest in James. Will James Locker and his team manage to stop this villain before it is too late?